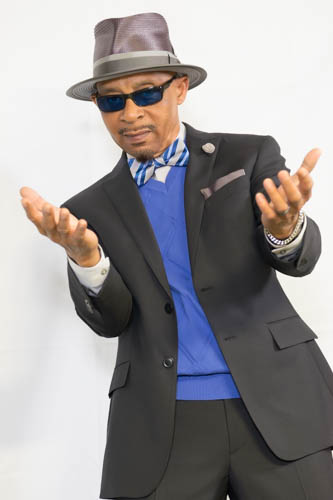 He is ranked as the #1 Spiritual RNB/Soul/Eclectic artist on Reverbnation in Lawrenceville, Georgia.


Also check out his lyric video for "All I Got To Say About That" featured in #LOV3RZ October!

His latest CD "I Got Yours" has real meaning and important messages that will inspire you! 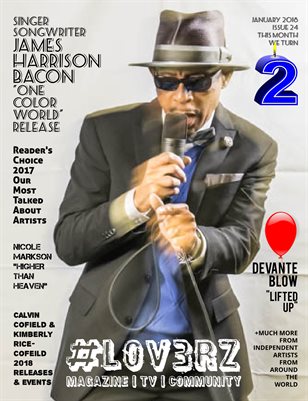 Check out his video for One Color World & get it on www.musicbyjhb.com

Nicole’s love for singing and performing began when she was three years old. In her early teens, she began studying voice, playing piano, songwriting, and recording her own songs. She knew at a young age singing was what she was passionate about. She began performing in New York City Cabarets, and singing on jingle commercials. 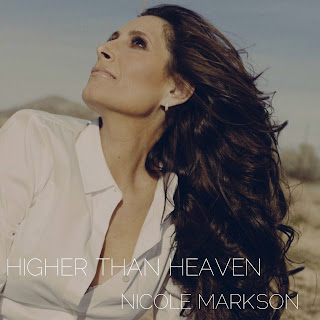 She then attended New York University studying theater and communications at Tisch School of The Arts. After graduating she began building her resume performing in the Off Broadway revival of the musical "Hair", doing voiceover commercials, and working as a vocalist for Hank Lane Orchestras, one of the biggest event companies in NYC.

In order to support herself, Nicole joined her family business and became deeply involved helping her family.

As a result, her musical career veered off track for many years. Although she became successful in business, her dream of being a singer / performer was put on hold. In between, Nicole married and had a daughter. 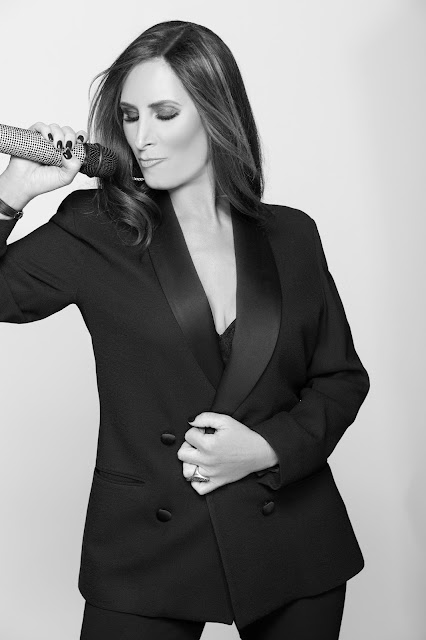 The next event would change her life forever.
In 2009, Nicole was misdiagnosed and then diagnosed with Breast Cancer, which stopped her life in its tracks.

She underwent a double mastectomy and eight courses of chemotherapy.
Facing her mortality made her realize she didn't want to waste anymore of life's precious time.

Begging the question, "how do I want to spend the rest of my life?"
This life altering event had a profound effect on her.

After deep soul searching, and much self reflection she decided she didn’t want to have any regrets.

After re-examining her life’s path, she made the decision to return to her love of singing. She decided to go back into the studio to start writing, recording, and performing again. You can now find Nicole performing with her band around the East Coast, on YouTube, and www.nicolemarkson.com
NICOLE IS EXCITED TO RELEASE HER UPCOMING SOULFUL DEBUT EP “LIVIN’ DREAMS" IN THE SPRING OF 2018. IT EMBODIES A MIX OF ELECTRONIC DANCE, POP, & R&B MUSIC, PRODUCED WITH DONNIE KLANG FROM MTV & P. DIDDY'S "MAKING THE BAND" AND FEATURES PRODUCER / KEYBOARDIST SELAN LERNER (Adele, Rihanna, Miley Cyrus, Chic / Nile Rogers). THE RECORD EMBODIES HER MESSAGE TO:
“LIVE YOUR DREAM,
LIVE WITH PASSION,
NEVER HOLD BACK,
&
NEVER GIVE UP.”
www.nicolemarkson.com
www.youtube.com/nicolemarkson
www.facebook.com/nicolemarksonmusic
www.instagram.com/nicolemarksonmusic
www.twitter.com/nicolemarkson
Higher Than Heaven on iTunes:
https://itunes.apple.com/us/album/higher-than-heaven-single/907623452

Get "By Grace You Have Been Saved" (Ephesians 2:8)
on AMAZON | iTunes
Perfect Peace

at December 19, 2017
Email ThisBlogThis!Share to TwitterShare to FacebookShare to Pinterest

This is the picture that I have as my desktop which is also my vision board. When God gives you a gift such as a vision, and in that moment you fully understand your purpose, it is the most exciting thing that could ever happen. Words cant even describe the feeling of knowing that He chose you to fulfill a huge purpose that involves Him every day! He also told me that it was 5 years before its time and that I just needed to hold on, keep the faith, and pass all the tests along the way! Unfortunately the enemy also knows our destiny and will work with his troops to TRY to destroy what God has given you. I remember the feeling of excitement 5 years ago and trying to explain what I saw to ears that either didnt care or tried to discourage me. God separated me as He does with all of His elect bc the only thing I was getting from every single angle was "JUST QUIT." The enemy knew that God would bring us to where we are right now, with over a million readers listening to & supporting the music of the artists we work with each month.. building His Kingdom and most importantly, giving Him every single bit of the glory. So this message "Go forward with the vision, even if no one else can see it!" is really important for me to read each day as I open my laptop to work on the magazine, to remind me that He gave no one else the vision for what I do but me... and if I am the only one who understands the much bigger purpose, that is okay.... we will all just wait and see what He does next! #Love you #MusicLov3rz

#LOV3RZ #Magazine 2nd year anniversary edition is coming on December 20th! Oh and also this is a song I produced called "Dreams" 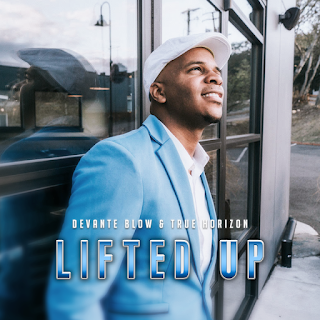 DeVante Blow featured in #LOV3RZ Magazine January edition! We reviewed his amazingly anointed song "Lifted Up!" Coming December 20th!
DeVante Jerome Blow grew up on Whidbey Island in Washington State, surrounded by family and great friends. Born in Hanford California on August 5th, 1989. Being raised in the church, DeVante didn’t begin singing until 19 years old but enjoyed playing instruments for the praise and worship team for some time. In 2013 DeVante was named Praise and Worship Leader at "Living Faith Christian Center" and began to take the team to new levels as well as implementing songwriting to the mix. 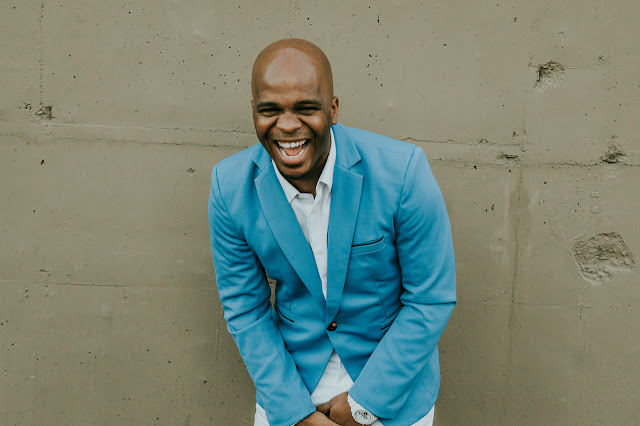 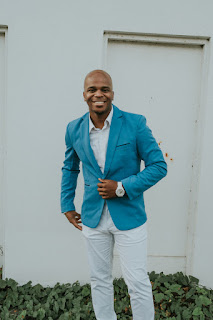 Over the years DeVante began to write songs but did not have the avenue to get them out of the four walls of the church he attended. in mid-2016 DeVante and best friend Josiah formed the group “DeVante Blow & True Horizon” who aim to show the world Gods love. Starting from the ground up, the group began to mold and check major achievements off their “Check List". 2017 has been an amazing year for DeVante and the group, as they have released the single "Lifted Up", be on the lookout for more great things from this young man!!
https://itunes.apple.com/us/album/lifted-up-single/1299802077

Professor B & The Army Of Love Featured In #LOV3RZ Mag


Professor B & The Army Of Love returns to #LOV3RZ - reminding us that "What the world needs now, is a whole lotta love" and also to

This amazing, positive Reggae band is back in the studio recording some new songs, and we can't wait to share them with you!

They are featured in #LOV3RZ Magazine December edition! 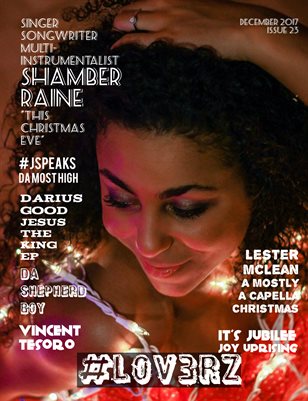 The song "This Christmas Eve" debuted in the Top 500 on Amazon! God gets all the Glory!

We have an EXCLUSIVE INTERVIEW with Shamber Raine! She is our #LOV3RZ December Front Cover Artist!

This beautiful song is inspired by Luke Chapter 7! 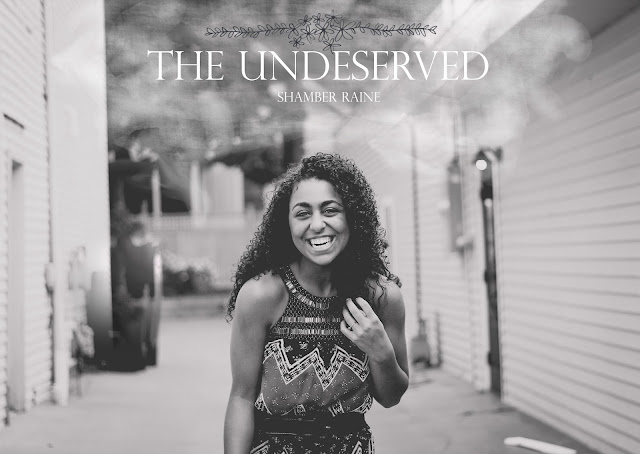 Preview & buy it on:

Bryant “B.E.R.I.D.O.X.” Tabb is a Christian Hip-Hop Recording Artist and Music Producer from Philadelphia, PA. "I grew up in the 80’s and the 90’s and at those young ages, I didn’t have a clue what God had in store for me, but as I got older it became so much clearer. When I first heard hip-hop music, it was so fresh, different, exciting and creative. I was so amazed by it and for hours I would listen to the music on my radio, on my Walkman and eventually watch the artist’s music videos on TV all day long. At a young age, my friends and I would freestyle and rap but it wasn’t until I reached my teenage years in High School that I took it serious. Following my High School graduation my friends and I formed a rap group and hit a real recording studio to record our songs, but it wasn’t for God. At that time in the early 90’s, I had never heard of Christian Rap, it was mainly worldly rap that I knew. It wasn’t until 1997 that Christian Rap and I crossed paths.:
Read his full story in #LOV3RZ Magazine December edition! 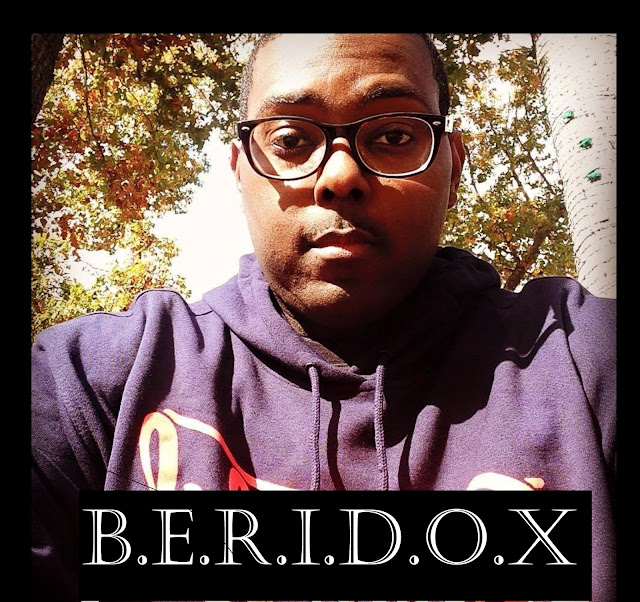 Ace Williams shares a story & song with an important message: PROTECT OUR CHILDREN

Growing up in the ”hood” I’ve witnessed insurmountable things that a child should never witness. By the age of 3, I’ve witnessed extreme violence, sexual inappropriate behavior, and experienced psychological abuse. As a parent, I believe that the innocence of a child should and must be protected at all costs.
Jesus Christ preached this truth 2000 years ago when HE said “receive the children in HIS name…” Matthew Ch.17:5-6, Mark Ch.9:36-37, Luke Ch.18:15-17. In the book of Psalms, it says that “children are from the LORD” *Psalms Ch. 127:3. Proverbs Ch. 22:6 says to “train up a child in the way they ‘should’ go…” **Ephesians Ch.6:4.
Because of these biblical truths I believe that it incumbent on everyone to acknowledge and act against child abuse and child endangerment in our society. Even Jesus Christ understands and teaches the importance of child development. Children and young people are not always empowered to help and defend themselves. It takes a community. This begins with the people of GOD because ’we’ are “the light of the world and the salt of the earth”. Matthew Ch. 5:13-16. Turn Victims in to Victors. Hebrews Ch.13:5-6.

For victims of child abuse, please know there is help via the following resources.
https://www.childhelp.org
http://dcfs.co.la.ca.us/contactus/childabuse.html
Ace's music is inspiring world change! Check out all of his music on Reverbnation.

Professor B & The Army Of Love Featured In #LOV3RZ Mag


Professor B & The Army Of Love returns to #LOV3RZ - reminding us that "What the world needs now, is a whole lotta love" and also to

This amazing, positive Reggae band is back in the studio recording some new songs, and we can't wait to share them with you! 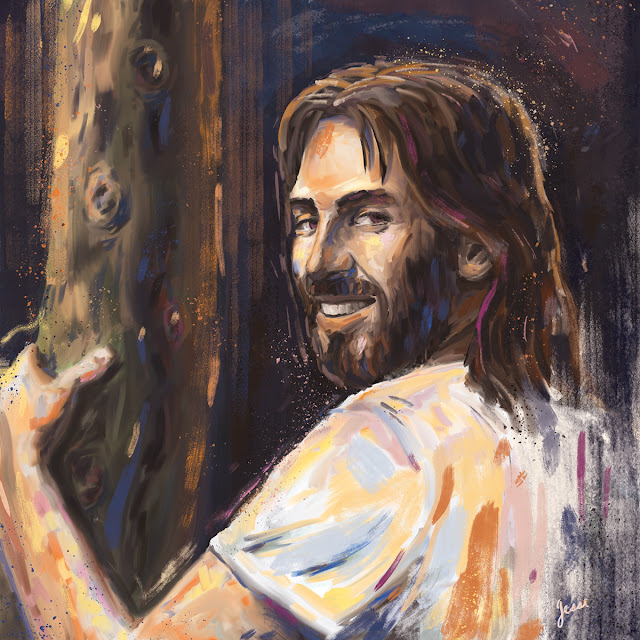 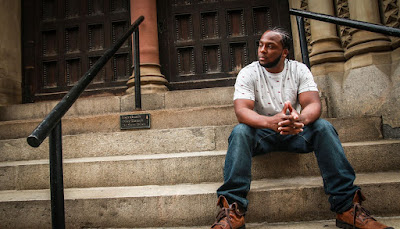 Emerging Philadelphia based Hip-Hop Artist "Drisco" looks to make a bold statement with his latest self-produced single titled "Godflow". Laced with heavy hitting lyrics from an artist who prides himself on making music that inspires people to dream, spread love and keep hope alive; "Godflow" is certain to shake the foundations of Hip-Hop as we know it today. In a pivotal time where Hip-Hop remains in desperate need of a revival, Drisco has proven to be a true beacon of light for the culture. Originally from Virginia Beach, VA Drisco infuses soulful sounds from his southern roots with thought provoking lyricism to deliver an inspirational message of hope centered on Faith. In 2016 he released the critically acclaimed 2-track single titled "Change" partnered with bonus track "Slowing Me Down". The groundbreaking manner in which he captured the ills surrounding black urban living earned him a finalist spot in the Great American Song Contest for both tracks individually; competing against over 12,000 songwriters from across the world. Now with his highly anticipated sophomore project approaching, his latest single "Godflow" serves as the first single for his upcoming EP titled "My Assignment". 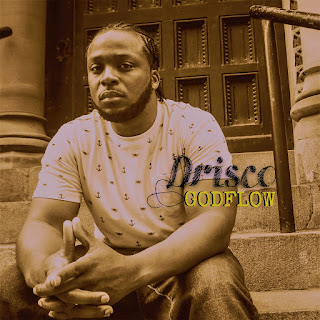 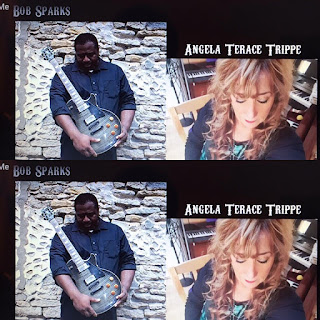 Sparks & Trippe is the combination of the band lead by Angela Terace Trippe and Bob Sparks. They are two people from two different backgrounds coming together to share the love of God through Music. Angela grew up in New York and was trained classically in music. Angela is a singer, keyboard player and songwriter. Angela sings most of the lead vocals in the group. She has a great voice that at times will remind you of Mary Ford from the Les Paul and Mary Ford duet. Angela brings a lot of energy in her music and song writing. Angela looks to glorify God in what she does and in the music. 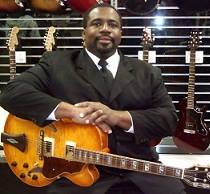 Bob grew up in Ohio and learned his early roots in music in Jazz, Blues, Gospel and Latin music. He later started playing rock and funk. Bob is the guitar player, song writer and sometimes sings lead vocals with his deep raspy blues voice that will some times remind you of James Brown. 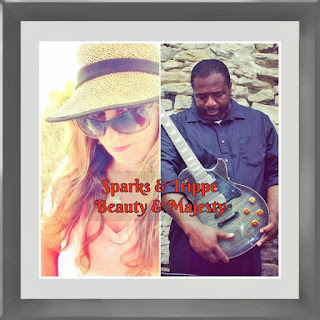 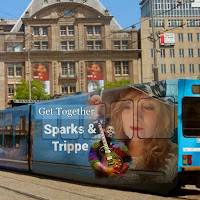 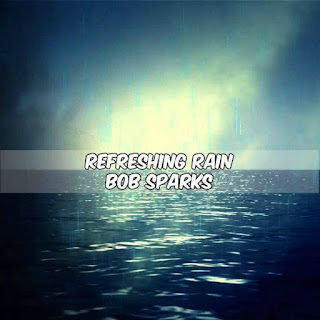