Apostle Designate Minister John E Ross, was Born September 3rd 1966, in Quincy, Illinois. He was raised in the Quad Cities. He began directing choir at The age of 13. Minister Ross repented and accepted Our Lord Jesus Christ as Savior and Lord at the age of 14, and was reborn on July 12, 2012.

Minister Ross has served as: 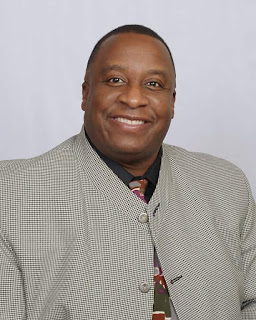 He recorded his first CD titled Awesome God in 1993, He Recorded With Dr Robert Davis and The New Fellowship District Choir C.O.G.I.C., using a song written by Minister Ross titled "This May Be My Last Chance." 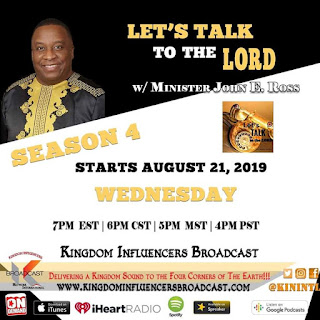 The Let's Talk The Lord Gospel Radio Talk Show can be heard on Iheartradio, YouTube, Spotify, Alexa, Itunes, Spreaker., and Radio Stations in The U.S. and England.. Apostle Designate Minister John E Ross is currently Ministering On The Radio Teaching and Ministering The Gospel of Jesus Christ, and telling the world what Jesus crucified and Christ's resurrection has done for all who believe.

He re-recorded "Remember Now Thy Creator" in 2018 With Artist's King David Tha Vessel, Anewduo, and Doctrinn. Produced by Brotha Minista and remixed by DJ Rich Williams. 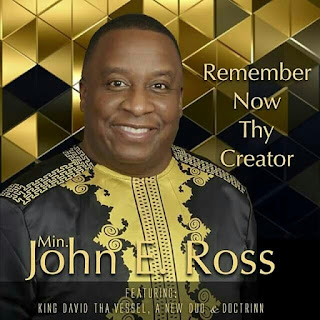 Listen to Let's Talk To The Lord Radio on https://letstalktothelordradio.international/
Speaker 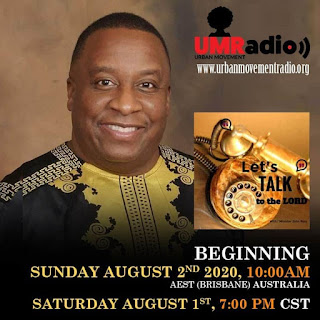 Listen to it on Amazon Alexa!
https://www.amazon.com/s?k=Alexa+Letts+Talk+To+The+Lord+Radio&ref=is_box_digital-skills

Get the "Let's Talk To The Lord Radio" App for Android at:
https://play.google.com/store/apps/details?id=com.letstalktothelord.radio&hl=en_us

You can also hear "Remember Now Thy Creator Remix" on Pandora 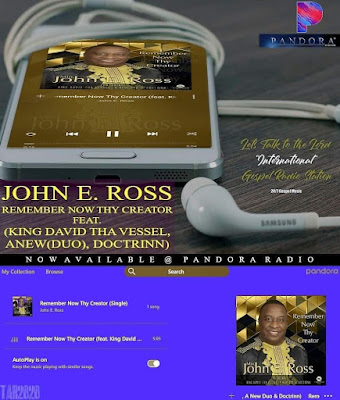 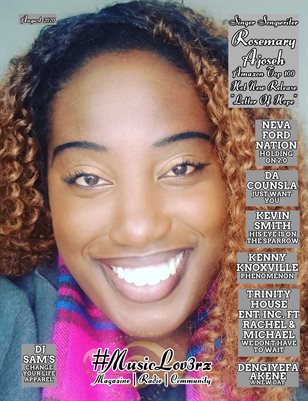