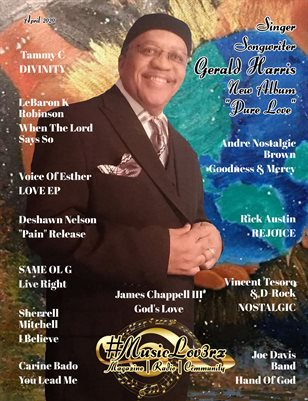 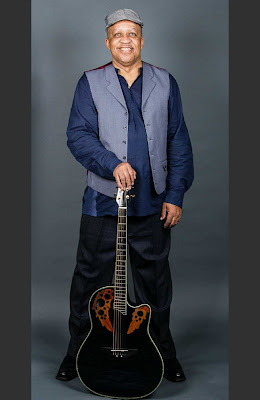 Our Exclusive Interview with Gerald Harris is in #MusicLov3rz Magazine April 2020, where he is our featured cover artist. We feature his brand new album PURE LOVE. We are super blessed by his amazing work for the Lord!

I have worked as a session musician for many different Christian artists throughout the Nashville Tennessee to Atlanta Georgia area for years.
He is a accomplished guitarist and pianist, recorded his first R&B release at age 18 with Carrie Records in Nashville TN. Worked with such awesome musician like T.C. Campbell, which later played with the group Cameo. Gerald Harris is a BMI publisher/ singer -songwriter, debut album Latter Rain, released March 13, 2015, with Sugo Music Group, is still playing in places like the UK, on Cross Rhythms Radio. TV debut on the Great Day Live Morning Show, in Louisville KY. Gerald later released the Hope
Faith And Love, 2017, and this latest project , Pure Love, that will be released in April 2020.  All three projects released and distributed by Sugo Music Group. The single from the Pure Love If I Ever Wandered will have a video accompanying it soon!

In 2015, his song "God Is All I'll Ever Need" received Best Alternative Rock Gospel at the Akademia Awards!

Check out his previous release "I Know There's A Reason" & his album "Faith, Hope & Love"
& also his video for his song "Praise Praise" 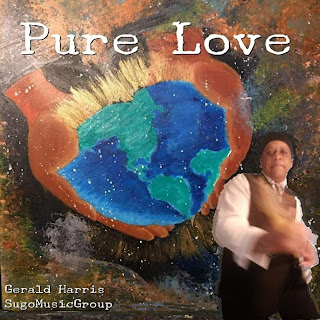