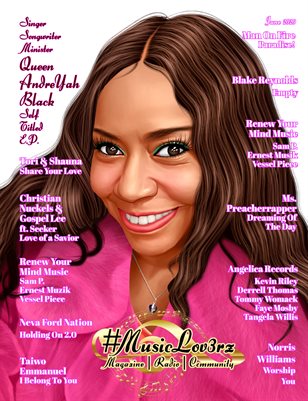 JOIN INTERNATIONAL EVANGELIST ANDREYAH BLACK ON SUNDAY JUNE 28TH AT 7:30 PM AS HER AND A FINE GROUP OF LADIES MINISTER TO YOU VIA ZOOM! 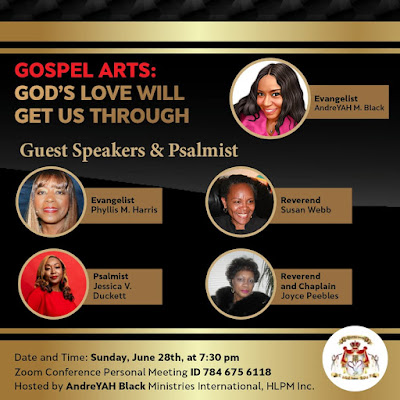 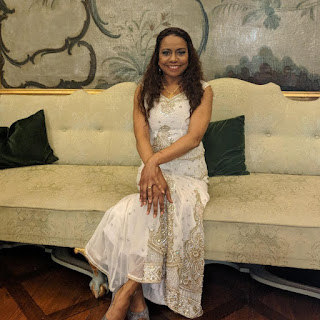 Queen AndreYAH M Black - A Voice from Heaven,​ ​A Stamford, Connecticut native and international contemporary gospel singer-songwriter possesses an irresistible soul-jazz and powerful rhythm and blues style: a sound precisely of elegance and distinction. The classical and contemporary actress and licensed evangelist was immersed as a child in exhilarating musical genres throughout her upbringing. The upper echelon of musicians like Cannonball Adderley, Miles Davis, John Coltrane and singers like, Angela Bofil, Betty Carter, Dakota Staton, Diana Ross & the Supremes, Minnie Ripperton, Mahalia Jackson, Dionne Warwick, and Carole King are just some of Queen AndreYAH’s favorite influences.


In her early childhood, she listened and sang on top of a wooden coffee table in the living room using a hairbrush as a microphone performing to an imaginary audience. The countless albums in her living room came from Mr. Gilbert Hernandez Black, her father and former proprietor of the renowned ​Black Records​ in Norwalk, Connecticut. Mr. Black is one of the last of the retired Negro League and historian who recently turned 85.

On most Saturdays, Queen AndreYAH often went to work with her Dad. She kept busy along with her sister’s choreographing freestyle moves on high platforms of a make-shift stage in the windows of her father’s record shop, modelling the soul-train dancers for their own enjoyment.

Nevertheless, on Sunday’s her mother of great discipline and structure, a former educator, the late Reverend Ramona T. Black made sure her daughter’s attended church every Sunday and did their chores.

At church, Queen AndreYAH joined the gospel Baptist choir and was often invited as a soloist to sing spirituals and hymns at various churches and events in Connecticut; later she performed in community musicals, recitals and musical recordings.

Queen AndreYah Black's FULL STORY is featured in the March edition of #MusicLov3rz Magazine along with an Exclusive Interview! 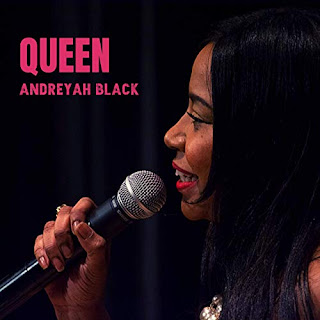 Check out her new video for "Gem Of A Man"