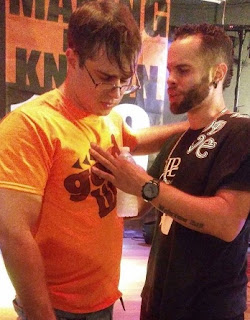 South Florida's Jbez featured on the cover of #MusicLov3rz Magazine October edition!
Born and raised in Chicago, currently in South Florida, Jbez was once a lost teenager, trying to figure himself and the world out.
He thought that the answer was in worldly things like drugs, gangs, robbing people, and the list goes on.
He realized his life needed to change. The Lord gave him a second chance at life, and he began making a difference in the world.
Coming from the streets, he has a real heart for the youth who are in the same position he was in as a teen, showing them that the only answer is the Lord, who saved his soul from hell and the grave.
Jbez is no stranger in South Florida. He is a TV Host, Radio Host, Event Planner, Event Host, and so much more. He ministers the Good Word and mentors many who are coming to serve Him.
He is an inspirational leader who is led by the Lord to make real change in the world. That change is coming about in the Christian Hip-Hop scene all throughout Florida. His vision and purpose is HUGE and we know his destiny will be fulfilled through all that he is doing.

He also does featured LIVE interviews at events with his team at CHH Promotions. You can find interviews with all of the big names in CHH on his YouTube channel.
He is also known as the #chhninja on social media, as the Lord has put it on Jbez's heart to rep Christian Hip-Hop on NBC's American Ninja Warrior.
When the Lord gives you purpose and transforms your life as he has Jbez's, the result is that the rest of the world will follow suit. The answer is in the Word of God, and that is the only thing that can turn a bad life situation into a happy ending full of purpose and direction. 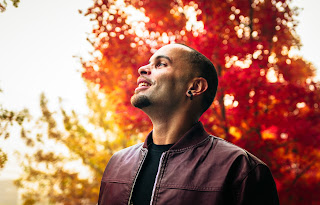 After being a part of a group, performing on television and various venues, he got a word from the Lord that it was time for him to give his all to Him by going solo.
Jbez plans to release his album "Da Pavement" in January 2020, with a few singles from the album being released in the meantime. 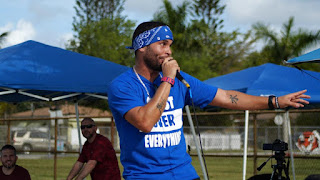 You can learn all about Jbez, catch his full story and our exclusive interview in October's magazine. 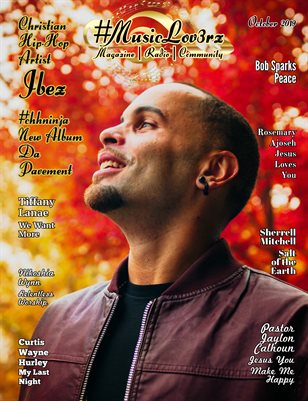 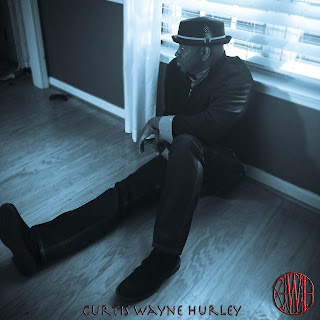 Curtis Wayne Hurley is a Singer, songwriter, musician and producer. He began his musical career in Church as a young boy and in public school musical ensembles later in life. College life just lead to more music and the founding of the Jazz Band “Seventh Avenue”. Curtis recalls having dreams of being on stage performing when he was as young as five years old and the dreams have never stopped.
Curtis is a versatile arranger and composer and has performed with John P Kee’s “New Devine Desinty”, and has penned lyrics for Platinum Vybe Recording artist “The Aston Gray Project”. Curtis has collaborated several times with Gospel vocalist Cassandra O’Neal.

He’s written and produced projects for Jazz artists such as Nicci Canada, and the “Judah Four” Band.

Join the #MyLastNightChallenge by recording a short video stating a message you would want to leave behind if you knew it was your last night on earth. 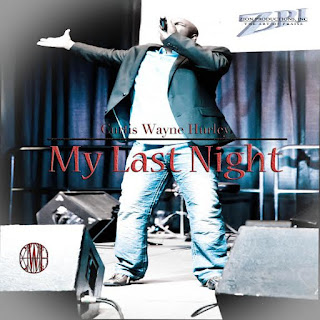 Get the single at: https://curtiswaynehurley.hearnow.com/my-last-night & check out Curtis' video for the challenge: 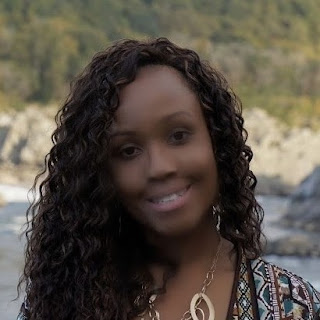 Born on the south side of Chicago, Tiffany Lanae (pronounced La Nae’) is the 5th of 9 children who all possess musical gifts. As the daughter of a pastor, Tiffany enjoyed singing at her home church, House of Prayer Temple Church of God in Christ, and even started an a cappella gospel group at her high school, Morgan Park H.S., called AFRICAA Ensemble.

Tiffany relocated to Washington, DC to attend Howard University, where she continued her love of singing through many choirs and local gospel groups, including the New Bethel COGIC Choirs, Urban Nation and the Howard University Community Choir. From there, Tiffany continued to serve for over 5 years and grew to become the Music Ministry Team Leader at Victory Christian Ministries International in Washington, DC, which included mentoring other worship leaders and coordinating music for annual conferences and the drama ministry. Currently, she serves as the Worship Leader at New Wineskins Covenant Assembly in Annandale, VA. She is also the Church Stars Awards-nominated Music Director for the critically acclaimed gospel stage play, TORN. Additionally, she ministers at various churches and events in the DMV area, and across the country, sharing the gift of song through prophetic worship. In August 2019, Tiffany released her highly anticipated debut single “We Want More”, which is currently ranked at the top of the independent gospel charts, and in rotation on global radio stations. 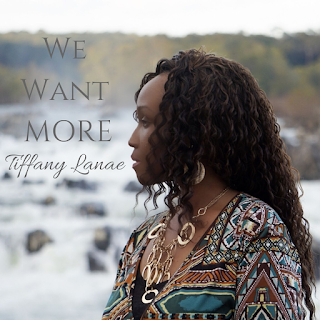 Get Tiffany Lanae's "We Want More" now at: 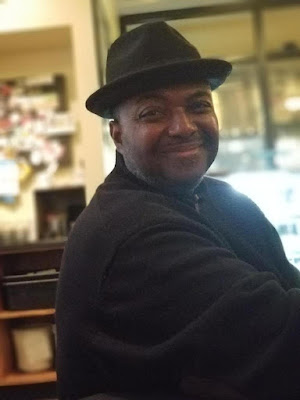 The producer/songwriter of inspirational gospel music known as Sherrell “Rell” Mitchell has released his latest official single, “Hear O’ Israel.” In addition to the considerable skills of Sherrell, “Hear O’ Israel” also features performances by Grady Austin, The JLM Worshipers, and a Biblical proclamation from Rev. George Mitchell (AKA Dad). It has been proudly published as an independent release without the involvement of the corporate music industry. Uplifting, exultant, and based on the teachings of Jesus Christ, “Hear O’ Israel” is the latest reason for believers and fans of gospel music to take note of Sherrell Mitchell.
Some of “Rell’s,” artistic influences are many of the best-loved voices in modern praise: Kirk Franklin, Fred Hammond, John P. Kee, Hezakiah Walker, Donnie McClurkin, Take 6, Israel Houghton, Ben Tankard, Neal Jones, Grady Austin, and Cora Jackson. Informed by the styles of these contemporary favorites, Mitchell’s own sound is founded on the American gospel choir tradition, but dressed up with 21st century production values and plenty of flair. 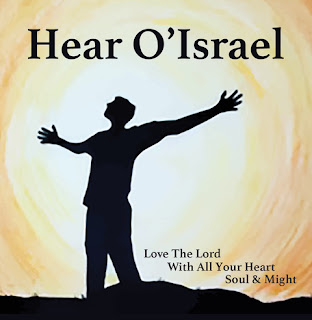 Asked to describe the overall meaning of “Hear O’ Israel,” Sherrell writes, “This particular song shares a 2-part message: 1). that God is our All, and 2). a refocus/recommittal to our walk with Him as we give Him our all.”
Sherrell began music as a church percussionist in his youth, but learned to play the piano with training and mentorship by teachers such as Vivian Perryman, Darryl Hawk, Kay Classy and Phil Curry. He continues today to humble serve the Pacific Northwest Christian community with his love for the Lord and his musical gifts.
His 2016 albums, “The JLM Project” and “The Mass Of New Vision” continue to gain popularity, as does his 2019 single release, “Salt Of The Earth.” which is also featured in the October edition of #MusicLov3rz Magazine & available on Amazon | iTunes | Google Play | Spotify

The Song “Salt Of The Earth” was written as a tribute my Grandfather (Mr. Wille Mitchell of Alexandria, LA.)…The Patriarch of our family.  Daddee…as we so lovingly called him, answered God’s call to come home in July of 2018.   He lived to be 103 and he was truly The Salt Of The Earth & a BIG LIGHT in the world (at least to The Mitchell Family anyway).  His favorite passage in the Bible came from Matt. 5:13-16   You are the salt of the earth. But if the salt loses its saltiness, how can it be made salty again? It is no longer good for anything, except to be thrown out and trampled underfoot. You are the light of the world. A town built on a hill cannot be hidden. Neither do people light a lamp and put it under a bowl. Instead they put it on its stand, and it gives light to everyone in the house. In the same way, let your light shine before others, that they may see your good deeds and glorify your Father in heaven. 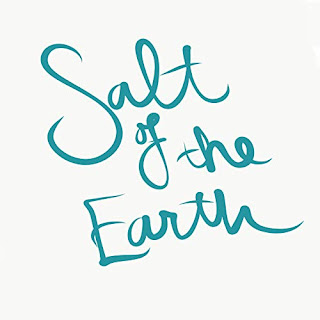 “All things are possible with God, and I’m truly grateful for the beautiful gift of music that He’s given me. Spreading the Gospel through musical expression, one song at a time for an Audience of One, as the world listens on.”
“Hear O’ Israel” by Sherrell Mitchell feat. Min. Grady Austin is available from over 600 quality digital music stores online worldwide now.
“Hear O’ Israel” on Amazon:

Connect with Sherell Mitchell on: 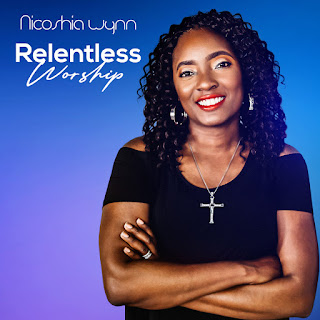 THE STORY BEHIND THE MUSIC

Nicoshia Wynn is a singer and songwriter who loves to encourage others through leading worship and her unwavering faith in Christ. Nicoshia’s was inspired to write her new single after her youngest son was born a day shy of 25 weeks, weighing 1 pound and 14 ounces (he was about the size of a half sheet of paper). Her son was in the Neonatal Intensive Care Unit (NICU) at the University of Minnesota Children’s Hospital for more than 100 days, during which he was on a ventilator for 8 weeks (touch and go), had heart surgery, approximately 3 -5 infections (pneumonia and e-coli) and was diagnosed with a lung disease called Bronchopulmnary Dysplasia (BPD).
This experience activated her faith and trust in God. After four long months of Nicoshia’s son being in the NICU, he was discharged from the hospital two weeks prior to Christmas and was called the “miracle baby” by doctors because he beat all of the statistics and odds of being severely premature.
As Nicoshia reflected on this experience and others, she knew that her and her husband’s strength during difficult times was only because of God’s holiness, awesomeness, and their faith! She also knew that no matter what the circumstance was and as painful as it was to see her son in this circumstance, she knew that God still deserved his praise and their worship.
Her new single reflects the essence of God’s goodness and His faithfulness. She hopes that this song will encourage and inspire others to never let their circumstance outrun their worship and love for God.
Nicoshia is from Milwaukee, WI and started singing at the age of five. She would later become a fierce relentless worshiper for Christ! She currently serves as the Worship Pastor at Blue Oaks Church in Minnesota.

Get her single: Relentless Worship on: 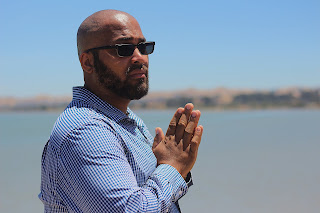 Pastor Jaylon Calhoun is a Richmond, CA native. He started singing at the age of 7 when he attended Malcolm X Performing Art Academy in Berkeley, CA. Then, at the age of 14, he joined his first church, Antioch Church Family, in Antioch CA. He joined the church's choir and sung with that choir for 7 years. While on, that choir won a few awards, like the Bay Area Award in 2007, and then the How Sweet The Sound, hosted by Donald Lawrence and Verizon.

They won Best Small Choir in the Bay Area in 2008.

Pastor Jaylon has started and directed a lot of youth choirs around the Bay Area, and was also the Worship Leader for Pastor Dave Hollister.

Pastor Jaylon Calhoun has now relocated to the city of Las Vegas, NV and opened up a Christian Radio Station called Anointed Radio Network. He's been nominated in 2019 for some awards, personally and for his Radio Station.

Catch all of Pastor Jaylon Calhoun's work at including his single "Jesus, You Make Me Happy" on:
Amazon | Apple Music | Spinnup 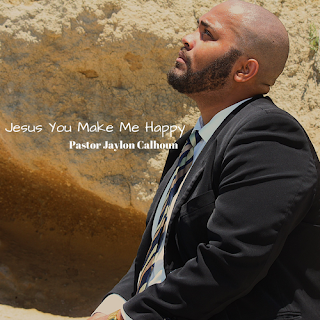