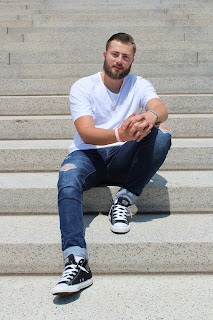 My name is Chris McQuistion. I am 24 years old currently living in Christiansburg, VA. I work at Belmont Christian Church, as a worship pastor. Leading worship and writing is my passion and calling for the Kingdom. It has been a crazy journey to get to where I am now.

As I went through college, I didn’t always pursue the heart of worship. I originally went for nursing and wanted to help people in that way. But, as I got a year and a half into the program I was feeling God pull me into ministry. At first I really wrestled with Him about this call on my life. I didn’t feel equipped, worthy, or even feel that I would be financially stable. But I realized that music and leading worship was so much more than just a weekend thing, it was a passion and a release. It was not happening because of my nursing studies. I was so frustrated and realized that I was just slowly being fried from it all.

I remember I went home to lead worship for my local high school and told an old friend what my dilemma was. He told me to not overthink things anymore. He simply said, “you are doing it man.” That is when I knew that it was meant to be. God was truly drawing me to make the change. Later that semester, I changed my major to worship ministry.

Now another part of my story happened a year later when I had a really bad concussion. I was playing soccer for my university when I got kicked in the head and sustained a traumatic brain injury, that lasted for about eight months. It took me out of school and I found myself at my lowest point in my life. I realized no one could understand where I was at. It was an injury that made me want to shut down and just end things. I could not function consistently. I was dizzy, floaty, light and sound sensitive, as well as just unable to think. So my worship and songwriting was put on hold.

As I started to get better, I had a life changing experience where I went on a mission trip. This happened all while I should have been in school. Instead of that I went on this trip and amazing God things happened. I ended up leading a kid to Christ on the trip who was a high school druggy. Currently he is now studying to be a doctor. The second part to this trip that blew my mind was that God provided someone, saw my heart, and then they bought me a worship tool. They bought me a keyboard. I realized God timing through all of dark, the doubt, and the confusion. That was the beginning of the comeback.

Get his full story in #MusicLov3rz Magazine December!! 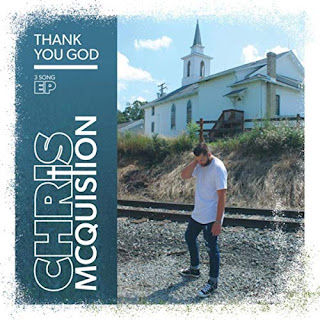 Get Chris McQuistion's EP "Thank You God" on: 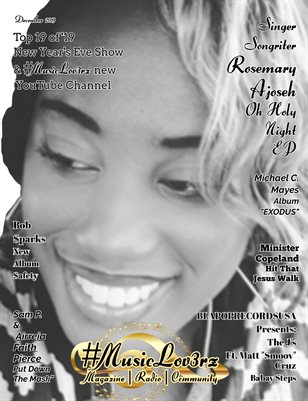